Date of event: Fri 26 February 2021, 6 pm The Czech Centre London has partnered with Prague’s Švanda Theatre and theaitre.com to present to the UK public an innovate project entitled ‘AI: When a robot writes a play’ created by a team of computer scientists and drama experts led by a computational linguist. The play, telling a story of joy and sorrow of everyday life from a robot’s point of view, is composed of dialogues generated by artificial intelligence to celebrate 100th anniversary of the premiere of Czech playwright Karel Čapek’s play R.U.R. in which the word ‘robot’ was first used.

The world premiere will take place on Friday 26th February 2021 via a live broadcast. In the UK, technology and theatre enthusiasts alike will be able to watch it live on the Czech Centre London’s Facebook page. The 60-minute play will be performed in Czech with English subtitles and followed by a debate with artificial intelligence and theatre experts which will seek to answer the question of whether a robot can write a theatre play and thus pass the most difficult Turing test to date.  The debate will be translated into English for international audiences.

‘As AI algorithms are already able to beat the best world chess players, compose classical music undiscernible from Mozart and Beethoven, we now witness another groundbreaking leap as the AI enters in completely uncharted territory of play writing. The outcome is to be judged by yourself’, says Přemysl Pela, director of Czech Centre London.

Tomáš Studeník, Czech radical innovator, came up with the idea to celebrate the centenary of  the premiere of Čapek's play, originally staged in Prague in January 1921, by replacing Čapek
by artificial intelligence as the playwright. “The project was created in cooperation with the Švanda Theatre, the Faculty of Mathematics and Physics of the Charles University and the Theatre Faculty of the Academy of Performing Arts in Prague. The aim has been to explore how artificial intelligence actually performs in a human creative discipline and how much it is able to create a usable theatrical script.

‘I was skeptical at first, but I was even more curious about what might be generated by the computer,’ says Daniel Hrbek, director of the Švanda Theatre, who is also directing the production.A computer under the supervision of a team of computer scientists, led by a computational linguist Rudolf Rosa from Charles University in Prague, has been generating script dialogues since May 2020 about the life of the main character – a robot facing everyday joy and suffering.

‘We will see how the robot understands basic human issues such as birth, dying, search for love, but also work during the COVID-19 crisis,’ reveals Hrbek.

The text was written in English and translated into Czech by machine translation. The result is a set of dialogues that were arranged by drama experts to tell a story of a robot’s journey through human society. This may resemble a futuristic version of the Little Prince.

Drama expert David Košťák who, together with computer scientists, oversaw the entire process, reveals the beginning of the project when the language model was given basic parameters: who and where and two introductory replicas. These were then further developed by the computer. But as a lifeless beginner playwright, the robot needed help from humans. ‘Sometimes it swapped female and male characters or clung to something irrelevant so the dialogue lost its meaning. And there is one more obstacle the robot is having difficulties with so far - the subtext. The play is not only about what the character says, but also about what he or she actually thinks’, says Košťák.

Will computer programmes completely replace human playwrights one day? ‘It doesn't look like it yet, but it could help authors in the near future’, concludes David Košťák.

Partners of the project: THEaiTRE, TA CR (The project TL03000348 THEaiTRE: Artificial Intelligence as the author of the play is co-financed with the state support of the Technology Agency of the Czech Republic within the ÉTA Program 3), Faculty of Mathematics and Physics, Institute of Formal and Applied Linguistics, CEE Hacks, Prg.ai, DAMU, The Ministry of Foreign Affairs of the Czech Republic, Czech Centers, Prague, Prague 5 (The theatre is a stage of the capital city of Prague and is supported by the Municipality of Prague 5). 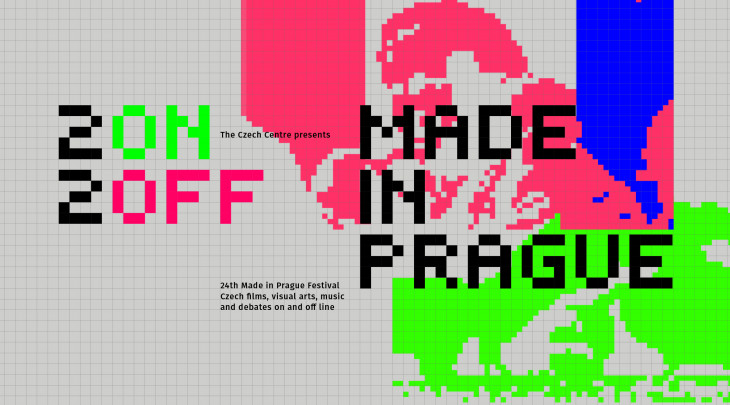 The Made in Prague On/Off Festival presents for its 24th edition a hybrid film festival showcasing diverse cinematic ...