Czech Centers, in cooperation with selected universities and film festivals, present a special programme of animated film collections, which pay tribute to contemporary Czech animation. Animation has always belonged to the family silver of Czech(oslovak) cinematography and it still occupies this position, as evidenced by the international attention and awards which contemporary animated works receive.

Several one-hour blocks of curated animated films from Czech creators will be available to stream for free during a ten-day period from June to Ocotober 2020.

This month we introduce:

The block will be available for free via Dafilms from September 4 to September 13, 2020 here:

While there is a long tradition of film animation training in Zlín, only in the last two years has the emphasis gradually shifted to the author´s creation transforming the way that  new generations of film directors are trained. Students´ animation work competes at famous international festivals (such as Annecy, Cannes, Berlinale, Hiroshima), and is seen on TV and in the cinema around the globe .

Apart from promoting the work of its students, one of the main goals of the Animation Studio at the Faculty of Multimedia Communications is to describe how Czech animation has been evolving., In addition to multiple screenings, the university organises  lectures on how animation film is created and how it is taught in the university.

Over the last two years, the collection of films at the Studio has attracted the attention of several prestigious festivals and institutions. Cooperation with the Czech Centres has begun and the project with the Czech Centre Stockholm proved to be very successful; apart from the presentation on the teaching of animation, there were workshops on animation for local schools. Presentations have also taken place at the embassy of the Czech Republic in Washington, D.C., for students of film universities in Los Angeles and in Moscow, and there have been visits and talks at CalArt in California and at the studios of DreamWorks and Pixar.

A short animated documentary, that captures the search of the amateur undead filmmaker.

Short film Wedding Day animated on Furiant music from Antonín Dvořák’s Slavonic dances is set on the occasion of Czech folk wedding. Inspired by Czech folk dance Furiant and folk embroidery, the movie tells a story about newlyweds separated from each other at wedding revelry by overjoyed wedding guests and is entwined with another tale which happens on their embroidered folk costumes.

So far, so close

Far to the north, the first snowstorm is approaching. A white wolf appears in the watery reflection. It seems that his lonesome journey through the northern wasteland cannot even have a good ending. However, fate blows his way something that is worth fighting for.

Man in a bar telling his story to a group of friends. Sharing his experience. Exotic countries, new smells, and tastes, people with any possible color of skin, different religions, love, friendship and perhaps happiness. But how is it to be back home? And where is his home now?

A homage to Vincent Willem van Gogh, the artist who walked the land of Brabant.

It's a social satire by a genre and talks about the responsibility of an individual for his actions and the extent of the impact on others. The story of the film follows the everyday routine of Ed. A completely normal person, living in an ordinary suburb with his ordinary family with uninteresting employment at airport security. The movie shows with fair momentum and exaggeration that people like Ed do matter and how exactly can his ignorance and irresponsibility inflict considerable damage upon the world.

This story is about an imagination which was chained up for a long time and then set free with a lot of strength. It is about playing God in a childlike and honest way.

Raven's mother is an animated ballad, inspired by stories of the times when fates of men were bound with the ones of the other beings. Man and Woman are carrying a burden in a form of their marked son – a baby with the raven peak and claws.

Four Children in an Empty House

A short, slightly scary story about children left alone at home. Their play is interrupted by something from outside. Maybe it's just haunted shadows and maybe not.

One Day of Bjarghus and his dog. The journey back and forth from the shed to a high rock. Clash of the elements, mind and time.

Extraordinary visit to the ZOO...

You Are So Lucky!

The short animated film about a hen, thought she had a tough life. The story of duties, the desire for rest, naive envy and absurdity.

Where Do The Wild Butterflies Grow

A little newborn creature comes to a fantasy world, where it meets other creatures and seeks friendship among them. A poetic story about the search for kindred spirits.

The movie tell about dinosaurs, people and life in general.

How To Save a Princess

There is a known in fairytales that every prince has to deserve his princess. He has to rescue her from a tower or fight with a dragon. Film “How to save a princess” tells a story about one young prince, who has dream like that. Even if his journey to his bride is much more complicated that he expected, he does not give up.

A story about the relationship of a daughter to her father while reminiscing about a paper kite. The kite is measured against mythological and fanciful dragons. It turns out, however, that her common kite is the best kind of dragon because it was made by her daddy.

In a small house lives a lady with her cat Erwin that loves boxes. One day the lady gets a new microwave. When the cat sees the microwave, a new modern box it can’t be stopped. The lady does all she can to change the cat's mind. In the end, the ruse is paid back by the ruse.

Did You know that the grizzly bear is not such a big loner, how people claim about him? This and four other interesting facts from the world of bears can be found in the short animated movie The Bearytales.

Cherry Tree the animated film shows the formation of a wall picture, which is forming itself and is living on its own. The film is about the relationship between characters in the picture, but the picture itself remains fragile and can be affected by the real world. The film is based on exaggeration, surprise, and improvisation. 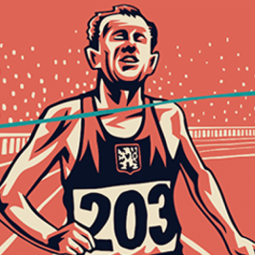