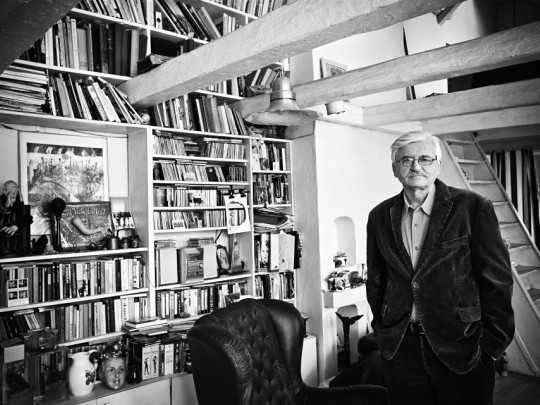 The DAFilms streaming portal is paying tribute to Dušan Hanák, one of the most important Czechoslovak New Wave directors, by presenting thirteen digitally restored films in what is the first online retrospective focused on his work.

Hanák’s creative start dates to the 1960s, when the Czechoslovak New Wave began to attract interest with the films of Miloš Forman, Věra Chytilová, and Jiří Menzel at the head of the list. He made his first feature-length film – 322 – in 1969, one year after Czechoslovakia was occupied by Soviet-led troops. Despite the exceptional international success of his debut film, his next two works – Pictures of the Old World and Rosy Dreams – were relegated to the censor’s vault for many years. They were not acknowledged until after 1989, when they once again became accessible to public audiences. Originally condemned to be forgotten because of how they depict the raw reality of life under a totalitarian regime, today these films are admired for the filmmaker’s experimentation with documentary methods and how he portrayed life without any embellishment.

SPECIAL OFFER: Use DAFDusanHanak2021 as your Voucher Code to get a 1 MONTH FREE TRIAL SUBSCRIPTION ON dafilms.com.

Simply register on the main page and enter the voucher code after clicking on the SUBSCRIBE button.

DAFilms is an international Video on Demand (VOD) platform focused on bringing documentary films from festivals across the globe directly to your living room. Through their curated programs, they cast the spotlight on original documentaries covering meaningful topics, present retrospectives on filmmakers that push the boundaries of the documentary form, and highlight films from countries with strong cinematic traditions. DAFilms thematic collections will allow you to plug into the world and discover over 2000 international films. dafilms.com

What is Doc Alliance?
Doc Alliance was founded in 2005 and is the result of a creative partnership of 7 key European documentary film festivals: CPH:DOX, Doclisboa, Millennium Docs Against Gravity FF, DOK Leipzig, FIDMarseille, Ji.hlava IDFF and Visions du Réel. The aim of the Doc Alliance initiative is to advance the documentary genre, support its diversity and continuously promote high-quality, creative documentary films. The main project of Doc Alliance is the online VOD platform dafilms.com.