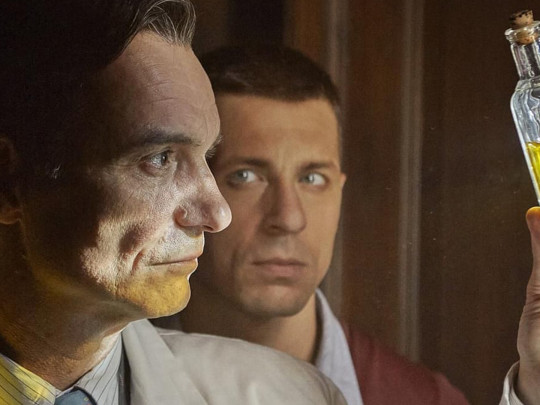 The brilliant, self-taught Czech healer Jan Mikolášek who cured millions with herbal medicine is threatened by the Communist authorities in Agnieszka Holland’s biopic.

Please be aware there is a limited availability of 150 viewings only.

The film is inspired by the true story of herbalist and faith healer Jan Mikolášek, who dedicated his life to caring for the sick in spite of the immense obstacles he faced in his private and public life. Born at the turn of the 20th century, Mikolášek wins fame and fortune using unorthodox treatment methods to cure a wide range of diseases. Already a local institution in Czechoslovakia before WWII, the healer gains in reputation and wealth both during the Nazi occupation and under Communist rule. One after another, every regime will want to use his skills and in return gives him protection. But how high will the costs of maintaining this status be as the tide turns? An impressive period piece as well as a thrilling drama about an exceptional man plagued by his own demons with the lead role brilliantly played by both Ivan Trojan and his son Josef.

Premiered at Berlinale 2020 Special Gala and nominated for the Best International Fiction Film at the 2021 Academy Awards.

‘Agnieszka Holland once again proves she is the real deal with this austere biopic of a faith healer in 1930s Czechoslovakia’ Peter Bradshaw, The Guardian

'I tried to show a human soul without entering into the depth of psychological analyses, express interiority through behavior. The faces of actors, the tension between the characters, their constant efforts to pass through the armors of each other are what drives the story forward; the background, the big History of the twentieth century is reflected in their fate.' Agnieszka Holland

Screening  in partnership with 18th Kinoteka Polish Film Festival - a celebration of Polish cinema in London and online.