Science Café: FreeMEn - How to join the Fight against the Coronavirus galerie 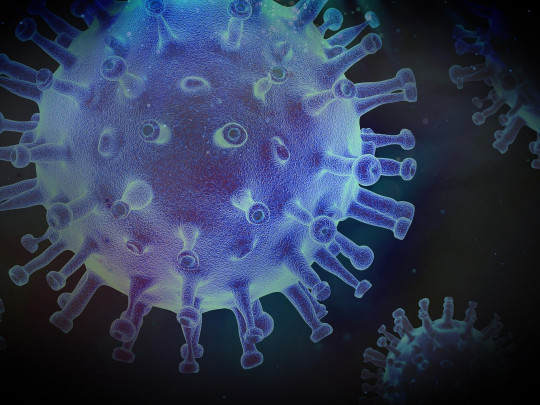 How to minimise people’s potential exposure to the COVID-19 infection? Tune into our online Science Café with Tomas Krajnik to learn more information!

WHEN: THURSDAY 16 APRIL 2020, 5 PM BST (6 PM UTC+02)
WHERE: ONLINE (link to Zoom.us will be sent to registered participants prior to the event)
FREE
REGISTRATION VIA EVENTBRITE

Tomáš Krajník and his team from Czech Technical University (CTU) is developing an app which forecasts the density of people in public areas. Based on the data, you can then plan your visits or journeys accordingly and schedule necessary trips to supermarkets or pharmacies, for instance, for later.

All of this while respecting privacy of the users as the app is built on crowd-sourced anonymous data and also while taking to account local customs and patterns of human behaviour.

The Czech project combines principles known in medical science, artificial intelligence and chronorobotics. Krajnik and his team works with spatio-temporal models which can predict future people’s densities at various locations with epidemiologic models which can estimate the transmission and exposure risks. The resulting method will be able to predict the future risk of virus exposure at different locations and times, allowing the public to avoid these areas. This will lead to reduction of the risk of individual exposure and subsequently, to the reduction of the spread of the virus.

Limiting direct contact between people and large-scale testing is so far the only efficient measure to curb the outbreak. However, drastic approaches like city lockdowns, travel bans, school and office closures, cannot be in effect indefinitely, as they would result in an economic breakdown. Furthermore, the effects of the long-term isolation on the human behaviour and mental health of the population could be severe.

This new tool could potentially influence human behaviour so that the techniques of social distancing are efficient, sensitive and balance the exposure risk, individual welfare, social health, and economic efficiency.

Tomáš Krajník works in the mobile robotics domain with a particular focus on long-term mobile robot navigation in changing environments. He has proposed several methods of representing the uncertainty of changing environments leading to the gradual improvement of mobile robot efficiency over time. He has designed and implemented software libraries for reliable visual navigation and tracking, which have been used by the roboticists of NASA, EPFL, KIT, AIT and many others. He actively cooperates with several UK universities and industries as well as with research institutes across the globe.

He also contributed to the success of the Czech Technical University team during the most prestigious international robotics competitions - earlier this year their drones and robots won two gold and one silver medal at MBZIRC (The Mohamed Bin Zayed International Robotics Challenge) and at the same time Tomáš Krajník’s students from the Centre for Robotics and Autonomous Systems earned the highest score among self-funded teams and ranked third overall at the DARPA SubT Challenge, (Defense Advanced Research Projects Agency) where they demonstrated a multirobotic system for searching the areas affected by a theoretical disaster.

Part of the SCIENCE CAFÉ SERIES
Science Café is a series of popular science presentations and talks by the best Czech scientists and innovators of today presented by the Czech Centre London. Inspired by the phenomenon of Cafe Scientifique which was first established in the UK in 1998 and spread across the world as a place where anyone could come to discuss the latest ideas in science and technology over a cup of coffee or a glass of wine, Science Café is an informal forum for the discussion of current work and interesting scientific issues.

31 Mar 2021 – 16 Apr 2020 Czech Centre London
Your experience on this site will be improved by allowing cookies. More information