Science Café & Workshop: Can a Machine Replace an Artist? With Daniel Sýkora 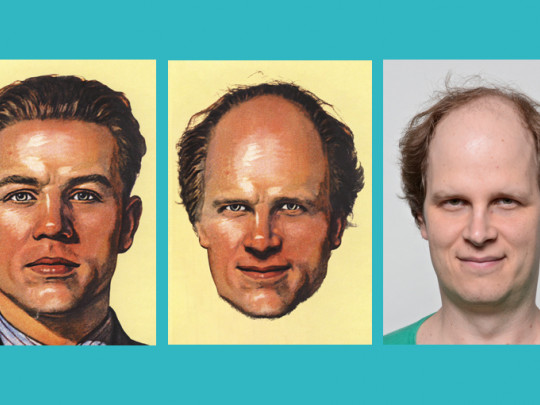 How does a computer "draw" a piece of art? How many pitfalls occur when it tries to "imitate" human? And why the "good old" algorithmic approach is still favoured by the industry professionals? Come and join Professor Daniel Sýkora for this insightful talk followed by an interactive workshop. Try to transfer your hand-drawn style to a more complex three-dimensional object or create your own stylized facial animation!

Due to the significant advances in use of deep neural networks many people have got the feeling that the problem of transferring the art style is solved and machines today can generate artwork hard to distinguish from canvases of famous painters. Daniel Sýkora - the Professor at the Department of Computer Graphics and Interaction at CTU in Prague - will present many disadvantages of using neural network and its alternative, purely algorithmic approach that achieves significantly better results without using a neural network. This new approach developed by Sýkora and his team, enables a variety of practical applications such as example-based stylisation of video; computer generated 3D animations and creation of traditional animation based on a small number of keyframes.

Daniel Sýkora is a Professor at the Department of Computer Graphics and Interaction at CTU in Prague. Besides CTU Daniel gained his academic experience at the Trinity College Dublin and the University of Utah. At CTU he currently leads a research group which develops algorithms that can change a way how film artists work. Revolutionary algorithms developed by Daniel's team are already available in professional tools such as Adobe's Character Animator.

Daniel fell in love with cartoon animations already at the time of his undergraduate studies at the CTU in Prague. In 2010 Daniel started to work for Walt Disney Animation Studios, where he helped to create a stereoscopic version of the famous Disney's movie Lion King. While working in Hollywood, he found that even in times of perfect computer-generated images, artists desire to retain the original hand-drawn artistic style which usually disappears in a complicated digital production pipeline. This need inspires the main research direction of Daniel's team. In collaboration with Adobe, his team is developing advanced algorithms that can turn the artist's style from hand-drawn to other objects, making it difficult even for an expert to tell whether it's a copy or an original. For example, the artist does not need to create a large number of animation phases when working on cartoon animation. He will only prepare a basic set of design drawings, and the machine will take care of the rest.

Daniel won numerous awards for his contribution to the development of computer-aided traditional animation, including the Neuron Award for Young Scientists in Computer Science.

The cinema is accessible through the reception of the Embassy of the Czech Republic in London, 26 Kensington Palace Gardens, London W8 4QY. Please note the entrance is on Bayswater Road.

Please note that the venue is not accesible to wheelchair users!

Organised by the Czech Centre London in collaboration with Czech Technical University in Prague and supported by Adobe.

Part of the Science Café series

Science Café is a new series of popular science presentations and talks by the best Czech scientists of today presented by the Czech Centre London. Inspired by the phenomenon of Cafe Scientifique which was first established in the UK in 1998 and spread across the world as a place where anyone could come to discuss the latest ideas in science and technology over a cup of coffee or a glass of wine, Science Café is an informal forum for the discussion of current work and interesting scientific issues.

31 Mar 2021 – 30 May 2019 Czech Centre London
Your experience on this site will be improved by allowing cookies. More information