Seeing Central Europe 30 Years On: film and the arts in the Visegrad countries 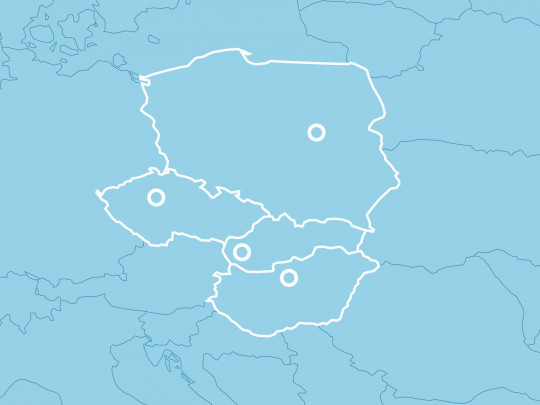 In this online discussion we will explore the Visegrad countries’ cultural development since 1991 with a particular focus on film and theatre.

This online public event is free and open to all but pre-registration is required.

We will consider how these Central European countries have explored and expressed their identities in a post-cold war space, how the arts and cultural scenes have responded to global market economy conditions, and how theatre and cinema have enabled peoples from the region and beyond to both remember and break away from their pre-1989 experiences.

We will also discuss more generally the state of the arts in the Visegrad countries, the intersection between culture and politics, and the role the arts play in everyday lives and cultural discourse in the region.

This digital event will take place on the exact anniversary of the Visegrad Group establishment, celebrating 30 years of cooperation between the V4 countries.

Csaba Káel graduated as a director from the University of Theatre and Film Arts, Budapest in the class headed by Károly Makk, Zoltán Fábri, István Szabó Elemér Ragályi and György Illés. He directed several television plays, shorts, commercials, portrait films. His Bánk bán, an operafilm debuted in 2002. Since 2011 he is the CEO of the Müpa Budapest, Hungary's internationally acclaimed cultural institution. He is a member of the European Academy of Sciences and Arts, the International Academy of Television Arts & Sciences and the European Film Academy. For his work he received numerous awards and recognitions like the Kossuth Prize, Nádasdy Kálmán Prize, Merited Artist of Hungary, Cultural and Touristic Ambassador of Budapest, Knight's Cross of the Hungarian Order of Merit and the Legion of Honour. In September 2019, ha was appointed Government Commissioner for the Development of the Hungarian Film Industry. Since January 2020 he is the Chairman of the National Film Institute.

Karel Och graduated in film theory and history at Prague’s Charles University. Since 2001, he has worked for the Karlovy Vary International Film Festival as a member of the selection committee. In 2010 Och was appointed KVIFF's artistic director. He is a member of the European Film Academy, the Lux Prize selection panel, and since 2014 Och has been working as a tutor of the Venice Days jury.

Zuzana Uličianska is a theatre critic and manager. She chairs the Slovak Centre of the International Association of Theatre Critics (SC AICT) and since 2018 she is a member of the international EXCOM of this organisation. Between 2004 and 2016 she was a staff writer for the Slovak daily SME, mainly covering the arts. Since 2016 she has been the Head of the Public Relation Department at the Theatre Institute Bratislava. She is a co-iniciator of the Board Theatre Award which she used to organise for more than twenty years. She is an author of few radio and theatre texts.

This is the second in a series of three events commemorating the 30 year anniversary of the Visegrad Group, held by The London School of Economics and Political Science in partnership with the Polish Cultural Institute in London and the Czech Centre London.

LSE IDEAS (@lseideas) is LSE's foreign policy think tank. It connects academic knowledge of diplomacy and strategy with the people who use it.